Tariff impacts on Solar and LEDs

The tariffs are here and with a severely negative impact on sustainability initiatives.  Solar panels and LED Lighting are the hardest hit so far and account for billions of dollars in revenue to the economy, not to mention hundreds of thousands of jobs.

On January 22nd, 2018, among others, a 30% tariff was levied on Chinese solar and battery imports to the United States. The tariff covers both imported solar cells, a key input to manufacturing solar panels, and solar modules. This tariff will last for four years and will fall by 5% annually, dropping to a 15% tariff in 2021.

China is the global leader for investing in clean energy projects which poses a serious threat to U.S based operators for the Alternative Energy industry. China is at the forefront of solar module manufacturing and wind power investments.  They are the frontrunner in terms of solar module manufacturing and have made substantial wind power investments in 2017.  The U.S. administration argued that the Chinese government subsidized solar manufacturers and allowed them to sell products in the United States at less than the fair market value. This resulted in increased price competition among the U.S. solar stocks and more than two dozen companies were forced to stall operations.

Suniva and SolarWorld, two foreign-owned US manufacturing operations that were not meeting profit expectations applied to the USITC under Section 201 of the Trade Act of 1974, stating “domestic industries seriously injured or threatened with serious injury by increased imports” can ask the USITC for “import relief.”

The impact is that 260,000 Americans and 9,000 U.S. Solar companies are now in danger of being hurt in favor of helping two companies that are not even U.S. companies.  There is a case for the long game, that we will hit a tariff free world trade or ultimately the U.S. will start competing by creating these modules here at a lower cost, but as wages increase it is unlikely we will be able to compete leaving us with one major provider… Chinese.  Yes, there are other countries out there ready to fulfill any order diverted from China and rightly so, they are currently increasing production.  However, on June 1st China eliminated subsidies for around 20 gigawatts of domestic panel installations creating an immediate surplus which has kept prices from going out of control.  Once those are gone then it’s up to see what Malaysia, Korea, and Vietnam they as together make up over 50% of our solar imports.  According to the Energy Trade Coalition.

The result is we are going to have to work with the change and see how the market settles, but solar is here to stay.  America is now the leader in fossil fuel creation and reserves in the world meaning Solar must stay competitive.  By using alternative energy sources such as wind and solar we can drive down the production and demand of oil keeping both options competitive and enjoy a truly free market.

In cost perspective the outlook is not as good with LED’s as it is with Solar. The cost of lighting looks set to rise now that the US government has hit Chinese lighting components with tariffs of up to 25%.

U.S. LED companies rely 100% on LED Chips imported from the Asian region and it does not appear fiscally viable or foreseeable in the future that will change.  This is not a good situation U.S.-based LED makers, Cree, even has manufacturing in China. So importing products and components from its China facility are expected to face a 25% tariff. LEDs makers who are already facing strong price competition may be under even more price pressure as retailers selling out a large supply of existing inventory.

It’s very possible you will see a few companies fold or “re-structure” like when GE changed over to Current, Philips to Signify, etc.  Tens of thousands of factories in Shenzhen alone were spun up and then due to new regulations, just as quickly dismantled every month for a several year span.   When a factory shuts down parts are available for pennies on the dollar and a surplus is created.  The larger companies have issues competing with this type of acquisition and overhead stocking costs which can easily put any company into the negative by holding onto outdated and higher cost items. This is not to say that the market is as friendly here in the U.S.  If you remember there was a time when Cree promoted its new unprecedented low cost $10 A19 lamp at a popular home supply chain.  If you have a great memory you’ll recall right next to those Cree boxes were a 2-Pack A19 box set from Philips for only $5 which…. did not help Cree’s position.

The price pressure from the tariffs coincides with a wave of price increases announced by major US lighting suppliers, including Acuity Brands, Eaton, Venture and Ledvance. They’re putting up the prices of their traditional lighting products by between 6 to 8 per cent, citing rising costs of raw materials such as aluminum.  – according to Lux

The result is that LED’s will increase in cost, but not by much.  The era of surplus and fire sale lamps could be going away so I wouldn’t assume you’ll get them at a 30% discount if you wait 2 more years to purchase them.  And I’d also warn you that you’ll lose more than that in power consumption than you would save even if you did have a 30 point swing coming. 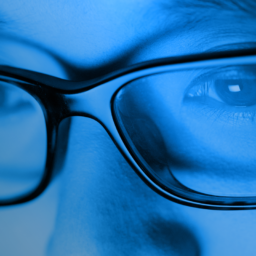 Know the Truth about Blue Lights and Cancer
0